While Newcastle TUC may have set up the first ‘Centre against Unemployment’ in the late 1970s, West Lancashire TUC’s Unemployed Resource Centre was the next in line as one of the national network of TUC Unemployed Centre’s supported by the Trades Union Congress. Established in Skelmersdale in 1980 by local TUC and Community Activists including Arthur Adlen, Les Mawdsley and Terry Maxwell it is still going strong 40 years later. Its name may have changed but the core values of supporting the community at times of its greatest need is as relevant today as it was in the late 70’s and early eighties.

The TUC Unemployed Workers' Centre’s were a response by the trade union movement to the growing level of unemployment in the late 1970s. The reasons why the Centre’s were set up have not gone away. The fight for full employment, against poverty and for social justice is as important today as it was in the 1980s. In August 2020, leaders of the TUC, Unite, Unison, GMB and Usdaw warned that the UK is staring at its biggest economic crisis for generations

The Skelmersdale centre, now called ‘South West Lancashire Independent Community Advice Network’ or SWLICAN provides free, quality, Independent advice and support on Employment Law, Welfare Rights and Money Advice as well as training and support in basic and advanced IT, as well as providing CV writing assistance, job search and much more.  It is still recognised by the Trades Union Congress as one of the few remaining such Centre’s left in the Country.

In recent years the Centre morphed itself in to a registered Charity this has helped them get funding from the National Lottery and other funders as well as receiving support from Lancashire Association of Trades Councils and Trade Union Branches across Lancashire and Cumbria. They now provide support in the community to Trade Union members, the disabled, Unemployed, elderly and those on low income as well as many others. January to December 2019 they recovered in £1.8million in benefits for clients during 2019, this was against a backdrop of local advice services closures which meant there had been a 70% increase in its work.

We work alongside most of the key support providers across West Lancashire including the Local  NHS, West Lanc’s Borough Council and Local Mental Health Teams forging partnerships to ensure the most vulnerable people in our community get the help and support they need and deserve and we will continue to do this for as long as we possibly can.

Throughout the Covid-19 Crisis our work never stopped and we found ways to work from home and continued to support clients and organisations via phone, text, e-mail, direct messaging and zoom. We will meet head on all the challenges put in front of us, we have had many of them over the last 40 years, but helping people and seeing families being lifted out of poverty is its own reward. 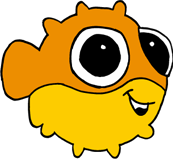